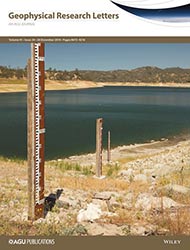 Using a spatial percentile approach, we explore the magnitude of temperature anomalies across the Northern and Southern Hemispheres. Linear trends in spatial percentile series are estimated for 1881–2013, the most recent 30 year period (1984–2013), and 1998–2013. All spatial percentiles in both hemispheres show increases from 1881 to 2013, but warming occurred unevenly via modification of cold anomalies, producing a reduction in spatial dispersion. In the most recent 30 year period, trends also were consistently positive, with warm anomalies having much larger warming rates than those of cold anomalies in both hemispheres. This recent trend has largely reversed the decrease in spatial dispersion that occurred during the twentieth century. While the period associated with the recent slowdown of global warming, 1998–2013, is too brief to estimate trends reliably, cooling was evident in NH warm and cold anomalies during January and February while other months in the NH continued to warm.